Writing this artile is a torture. It’s difficult to find the right words when images of scrumptious seafood delights keep popping up in my head. With every sentence, a plate of nilasing na hipon magically appears beside my laptop, tempting my imagination. With every punctuation, the aroma of seafood kare-kare make its way through my nostrils, pushing an olfactory hallucination. Heck, even the clanking of my keyboard reminds me of the crackling sound of deep-fried crablets. But somebody’s got to write this thing, so here we go.

A couple of weeks ago, we asked the fans of PhilippineBeaches.org on Facebook: What are your favorite Pinoy seafood dishes? Within the first hour of the poll, it was already clear which gifts from the ocean would emerge on top of the list. Getcha appetite ready because here are the Top 5 most well-loved seafood specials prepared Filipino-style!

Filipinos love adobo. No doubt about it. Give us any main ingredient and we’ll make an irresistible adobo out of it. And when it comes to seafood, the slippery squid inks on every other candidate. Its dark brown to black appearance may throw off an unsuspecting first-timer in the beginning, but any Pinoy who has tried it will tell you that its squidoo-squidly flavor compliments the salty and the sour, provided by the perfect blend of soy souce and vinegar. 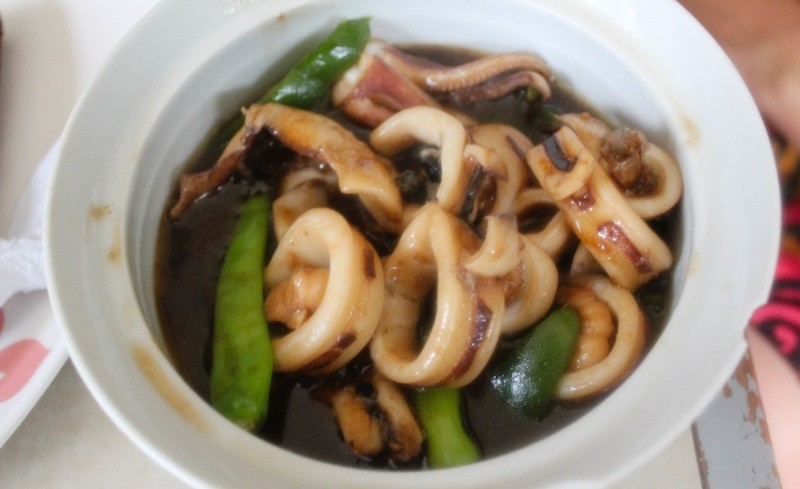 Throw away the cutlery because there is no other way to tackle bright orange crabs in the Philippines than with bare hands. (Of course you can always use a crab mallet or a claw cracker but they are rare, if not non-existent, in most Pinoy kitchens.) The coconut milk absorbs the crab’s flavor, creating an irresistible combination of milkiness and a taste that is undoubtedly seafood. Don’t forget the rice. 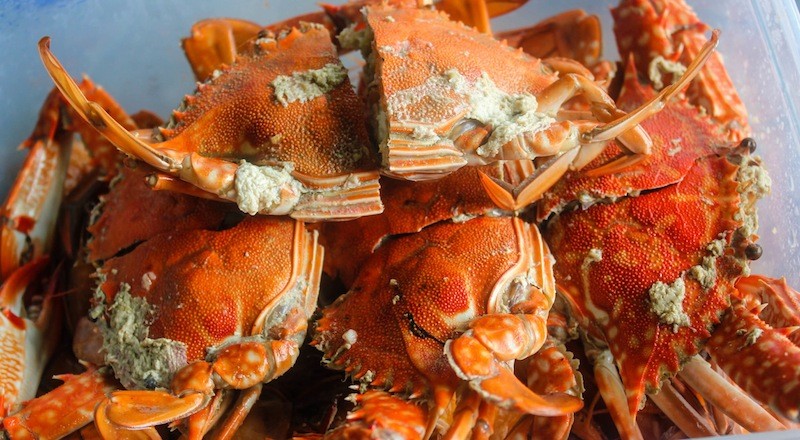 There are many things that you can do with a fresh squid. But the most popular, apparently, is the simplest — grilled. Usually stuffed with tomatoes, onions and what have you, the plump squid reveals a healthy surprise when it’s time to chop. The squid is marinated first before it is allowed to hit the grill. 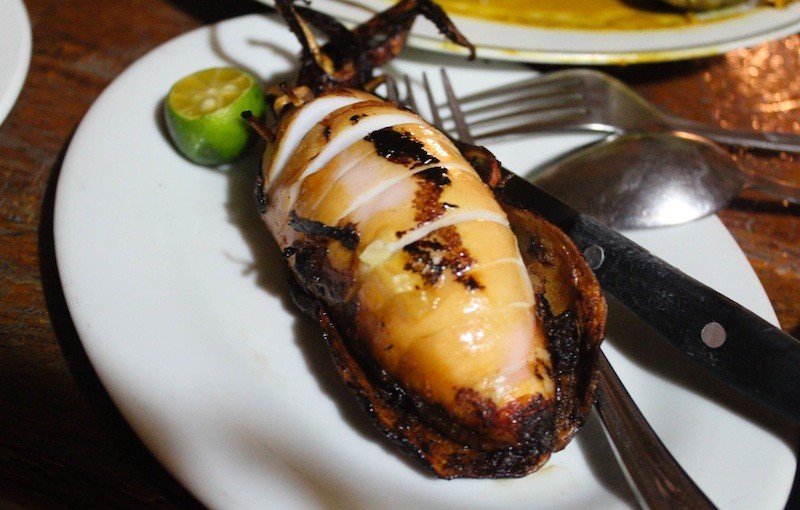 Also known as the Pinoy version of the ceviche of the Americas, kinilaw uses raw fish as main ingredient. Our Facebook likers have an obvious inkling to tanguigue / tanigue (Spanish mackerel) but other variations include many types of tuna and other mackerels. No fire is needed because what “cooks” it is the acetic acid (vinegar) or, in other cases, the citric acid (from lemon). Ginger, black pepper, and onion are added for a more spicy kick. Perfect for pulutan!

It’s a landslide victory for the humble shrimp! When its crustacean flavor meets the sour mood of the soup, it creates a distinct taste that is very hard to forget. The souring agent varies from region to region but the tamarind is probably the most commonly used. It doesn’t have the herby qualities of similar soups in Southeast Asia like Thailand’s tom yum but its fewer ingredients allow the seafood taste to keep afloat and strong. Other ingredients include tomatoes, water spinach (kangkong), and onions. 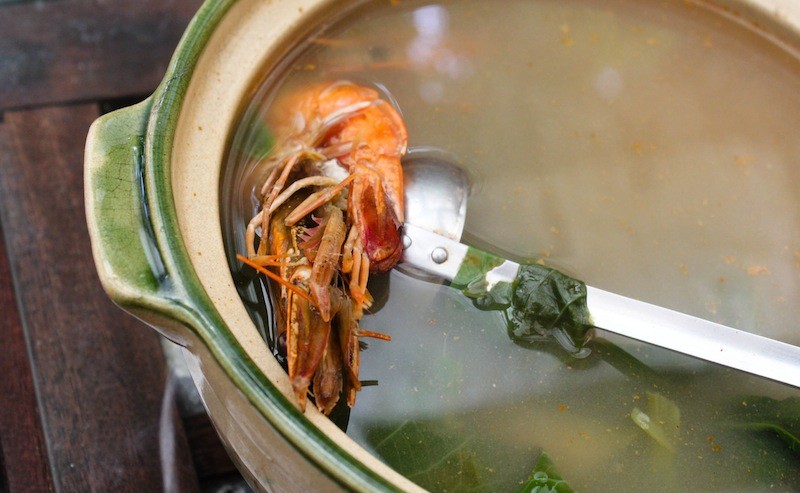 There you have it. The five most popular seafood dishes in the Philippines. Other culinary concoctions which almost made it to the list are sinaing na tulingan, nilasing na hipon, lato (seaweed) salad, danggit, and baked tahong.