“In the nine Asian countries I visited over seven months, The Philippines is by far my favorite,” video blogger Christian LeBlanc declared. “I’ve never met a kinder group of people and a more beautiful landscape.”

The Philippines was not even part of his original Asian itinerary, but he and girlfriend Laura saw stunning photos on Instagram, they knew they had to visit. “It was the best decision I ever made,” he added.

We learned about Christian’s work as a travel vlogger in January when a reader sent us a link to his video entitled, “How to Travel the Philippines.” At the time, it had only a hundred views. But in only a matter of days, it exploded and went viral on Facebook. At the time of writing, it has recorded over 2.3 million views, 79,000 shares, and 71,000 likes.

The video presents the highlights of their 21-day sojourn in the Philippines, 14 of which were spent in Cebu and seven in El Nido. They also made a few side trips when staying in Cebu. “We swam with the sea turtles in Apo Island, dove with schools of fish in El Nido, sang karaoke in Dumaguete and even experienced our very own Boodle Fight in Siquijor Island.”

We got in touch with Christian to talk more about their incredible stay in the Philippines.

Of all the places you’ve visited in the Philippines, which is your absolute favorite?

It’s hard to pick a favorite when we had nothing but the best time in all of our Philippines adventures, but the one place that had me absolutely blown away was Nacpan Beach in El Nido. Laura and I watched the sun set in one of the most beautiful beaches in the world, and we had the beach to ourselves. The beach must have run 3-4 kilometers and there was not a single other visitors in sight. It was unforgettable.

How was your experience traveling in the Philippines different from the other countries?

The main difference was the people and the sense of adventure. Only the Burmese people compared in kindness. Everywhere I went, I felt safe and very respected by the Filipino people. They were extremely helpful when we needed a hand and they we’re always excited to see visitors. That definitely can’t be said for other Asian countries we visited.

The adventures we had in the Philippines were original. In Thailand, you pretty much follow a circuit and the experience can at times feel unauthentic. In the Philippines, I felt like I created my own experience and an experience that few others have had. It made it feel very special.

The Philippines was our favorite destination of the Asian countries Laura and I visited. In a sense, it had the best traits of all the countries we visited in one place.

Anything that shocked you or at least caught you off guard?

Looking back, is there a particular experience or impression that stands out in your memory?

An experience that I will never forget was when we met 10 locals on a bus heading south to Oslob. We started chatting with them and next thing we knew, we changed our plans and joined them on a trip to Siquijor. They cooked us a traditional Filipino meal served on a banana leaf known as a Boodle Fight. That was one of the most amazing experiences of my life.

Which area do you think the tourism industry in the Philippines certainly has room for improvement?

Suppose you have a friend who will be visiting the Philippines, what is that ONE TIP that you would tell him to help him prepare for this trip?

I would tell them to go with the flow and to take every opportunity they have to meet the locals. The people of the Philippines are what makes the Philippines such an incredible place.

Any plans of returning to the Philippines?

I am planning to come back around mid-April and I am hoping to visit Onuk Island, Camiguin Island, and Kalanggaman Island. But I have no solid plans yet so I will see where it takes me.

The best thing about the Philippines is the people! I have yet to find another place that compares. 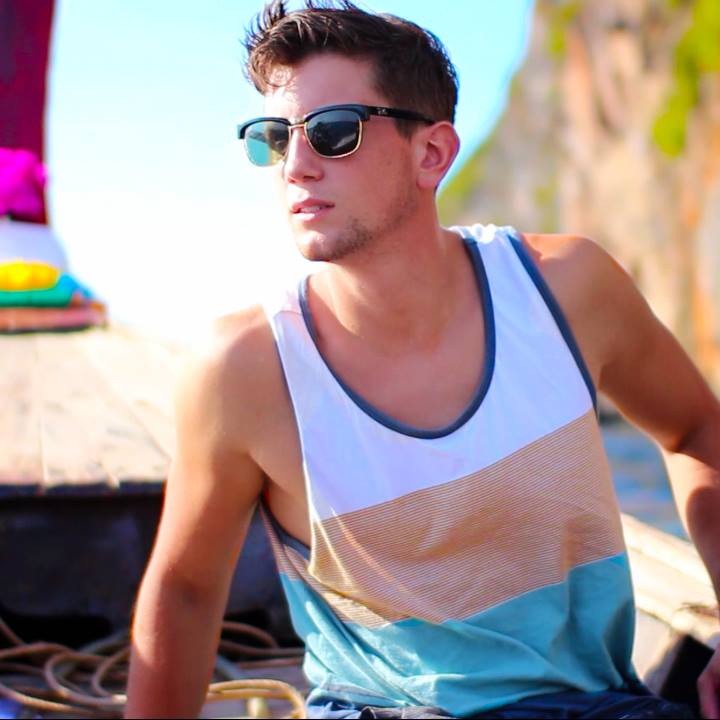 Christian LeBlanc is a travel video blogger and photographer from Vancouver, Canada. His works have been featured on CNN, ABC, and Metro News among others. He traveled across Asia for seven months and filmed most of the highlights of his journey. Follow his adventures as on YouTube, Facebook, and Instagram.