“To be honest, I didn’t know a single thing about the Philippines,” he admitted. But that changed quickly.

Brendan Lee is from Auckland, New Zealand, where, as in many other countries outside Asia, the Philippines seems to have a reputation as a rather dangerous place to travel through. The Philippines was not even on his priority list. But in March 2013, he finally got the chance to visit. “What I discovered was a country inhabited by the friendliest people on Earth, littered with unimaginable beaches and an infectious family-like culture that made me never want to leave.”

Shortly after his trip, he published an article on his blog promoting this humble country and listing down 10 reasons why the Philippines should be your first stop in Asia.

We got in touch with Brendan to learn more about his time in the Philippines!

1. Before coming to the Philippines, what were your expectations?

To be honest, I didn’t know a single thing about the Philippines. I’d met several Filipinos before but I’d never tasted the food or had any insight into the culture. I hadn’t even heard of Boracay until about two days before I went there. It was good because I generally don’t like to hear too much about a country before I visit, as I think travel without expectations is always the most rewarding. When you really have no idea what to expect, everything you see and do is a new and exciting experience.

2. How long did you stay in the Philippines? What are the destinations you visited?

I popped in and out of the country, in total, I was on Filipino soil for around 6 months. I spent most of that time in Manila working on my website and other projects, but I found time to wander a little bit. I visited Puerto Princesa, El Nido, Batangas, Cagbalete, Quezon, Boracay, and various parts of Manila.

3. Of all these destinations, which one is your absolute favorite?

It’s hard to say, I’ve never been good at picking favorites. I absolutely love Boracay, after a couple of weeks it really felt like home. El Nido also blew me away but you can’t really stay there for too long, same goes for Cagbalete. After so much sand and ocean, you feel like getting back to the energy of the city, and Makati is the perfect remedy for that. To pick a favorite out of these is just too difficult, they’re all beautiful in their own unique way.

4. What was your first day in the Philippines like? What were your first impressions?

I landed in Manila and went straight to Boracay. I had arranged to join a martial arts camp there. (Read: Learning to Fight in Paradise. ) The first impression wasn’t great, I thought the island was quite overrated. However, once I got the chance to settle in and really connect with the people I fell in love with the place. I could’ve stayed there the whole year.

5. What are the things that you are surprised to learn about the Philippines during your stay?

The family and community spirit are incredibly strong. You can feel it everywhere. Even the big cities have a bit of small-town charm to them, which I think stems from the strong religious roots in the country. I remember standing around the Greenbelt chapel on Sunday and the crowd was enormous, there were more people standing around outside the chapel than there were inside! That is not something you will ever see in my country. But this surprised me mostly because of the country’s reputation as a dangerous place for traveling. You might be surprised to know the New Zealand government currently has The Philippines listed as ‘extreme risk’ for travelers. To me, that just sounds ridiculous. Granted, they know things that I don’t, so my judgment is limited. But just from my experience, I feel much more at danger walking around at night in Auckland on Friday night than I do in Manila.

I also fell in love with the food. Pretty much every foreigner I met used to complain about the terrible food. My experience was totally different. I loved it! Well, not all of it. I didn’t like the bagoong, or the kare kare. But I found the flavours very unique, it was a very pleasant surprise. I actually wrote a whole post about it. (Read: 29 Filipino Dishes You Need to Try)

6. What is that one memory in PH that you are fondest of?

I’d probably say driving around El Nido on motorbikes hunting down this hidden beach, that was just so much fun. Especially when we finally found it, it was just such a wow moment.

Other than that, I really did meet so many wonderful people. There are certain waitresses and shopkeepers that I remember so well just because they were so polite and friendly, I felt like they thought I was the president or something. On Boracay too, in Manila, everywhere. Just really amazing people. It’s a huge part of what makes the country such a beautiful place to visit.

7. What are the things that Philippine tourism authorities need to improve on?

For tourism authorities, in particular, I think the current visa system is not the most tourist-friendly. At the time I visited travelers were only given a 21-day tourist visa. After that, you had to go to immigration and extend it, and it’s not cheap! I must have paid immigration nearly 20,000 pesos in extension fees during my stay. There may be some valid reasons for this, I don’t know. But most neighboring countries offer at least 30-60 days free.

8. Any tips for those planning to come visit the Philippines?

Eat a lot of lechon and buko pie. Try the balut. Get on a jeepney, even if you have no idea where it’s going. Make small talk with the security guards and waiters/waitresses. Make local friends. Make sure the taxi meter is on. Try a weng weng. Avoid the rainy season. Learn some Tagalog. Enjoy some live music. And lastly, don’t just stay in Luzon! I regret no seeing more of Mindanao and Visayas, so give yourself a lot of time and try and see as much as possible! 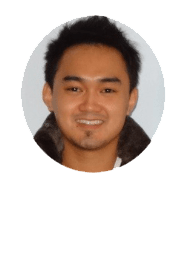 Brendan Lee is an accountant-turned-globetrotter. His affair with airports and bus terminals began after being granted an extended leave, which he used to study Spanish in Europe. He returned to his office job only to quit it soon after. In 2011, he began a solo adventure around the world. He has never looked back since. More about his travels at Bren On The Road.