“For travellers willing to go the extra thousand miles for a deserted beach, the Philippines has around 7,000 of the most heavenly islands in the world. It’s still not the most obvious beach-holiday destination, but it soon will be.” 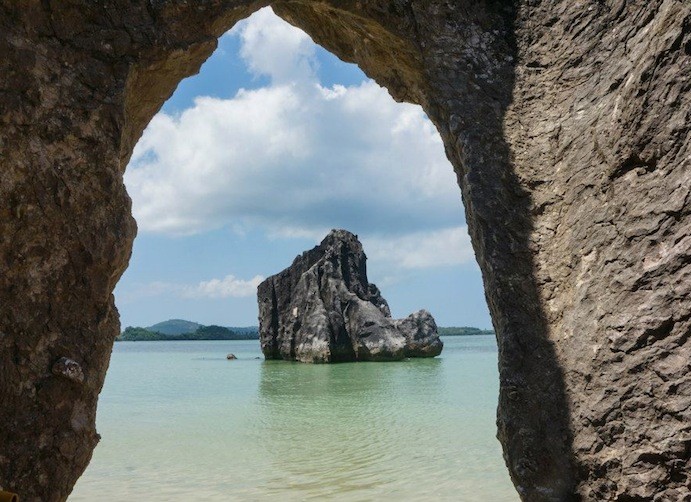 Prestigious international travel magazine Condé Nast Traveler opens their feature on the Philippines with this powerful statement. The article, written by Laura Fowler, lists down the top destinations to watch out for this year. And yes, the Philippines is one of them. But Conde Nast isn’t the only reputable publication showing love for our underrated country. Travel+Leisure, Lonely Planet, and even the New York Times have joined the club.

In the Condé Nast feature, Palawan and Siargao are mentioned as destinations that are worth a visit. Others in the list are Amsterdam, Netherlands; Mayan Riviera, Mexico; and  Galapagos Island, Ecuador. Read the full article here.

Another respectable magazine, Travel + Leisure, included the Philippines in a similarly-themed compilation. In their list called 13 for 2013, they enumerated the 13 hottest travel destinations that their readers are encouraged to consider. “Boracay hogs the spotlight, but there are thousands of other islands to lure beach lovers,” explains the article before mentioning a couple of noteworthy resorts in Panglao, Bohol and El Nido, Palawan. Check out the full feature here.

But it was Lonely Planet who did it first when they released their list early in October 2012. Palawan was singled out as a rising destination for 2013. “So far Palawan’s natural marvels have only been sampled by plucky backpackers. Not for much longer,” declares the article. “You can feel that Palawan is ready to hit the big-time in 2013.”

Update: On January 10, the New York Times published a similar but longer list, and the Philippines yet again made the cut as one of the 46 places to go to this year. Ondine Cohane wrote, “Idyllic white sand beaches, secluded, little-known surf towns, and pristine reefs are among the natural draws of this country made up of over 7,000 tropical islands.” 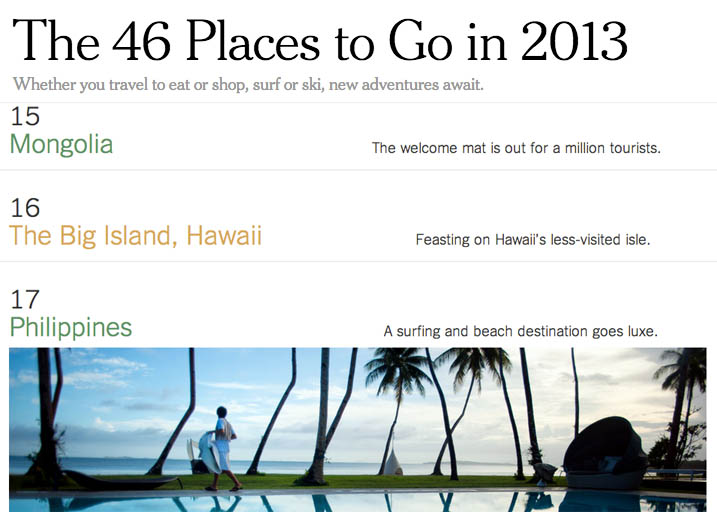 The Philippines has always been stuck on the sideline while neighbors Thailand, Singapore, and Malaysia have long enjoyed worldwide fame as must-visit tropical destinations in Southeast Asia. But that seems to be changing now. As the Pearl of the Orient continues to overwhelm with its best-performing economic growth lately, it looks like it will also be the fastest rising star of the region in terms of tourism. It’s about time. It’s high time.  Want to see the charm of Boracay? Start your Boracay hotel booking now! Let 2013 be the Year of Philippine Beaches!