Remember when we said 2013 could be the Year of Philippine Beaches? Earlier this year, many beaches in the country were included in various lists of top island destinations, compiled by various travel websites and magazines. The recognitions keep on coming!

Palawan has just been named the WORLD’S BEST ISLAND by Travel + Leisure Magazine. Scoring 95.04, Palawan outranked previous title-holder Boracay and other famous destinations including Bali, Indonesia and Santorini, Greece. Check out the Top 10 and corresponding scores below. 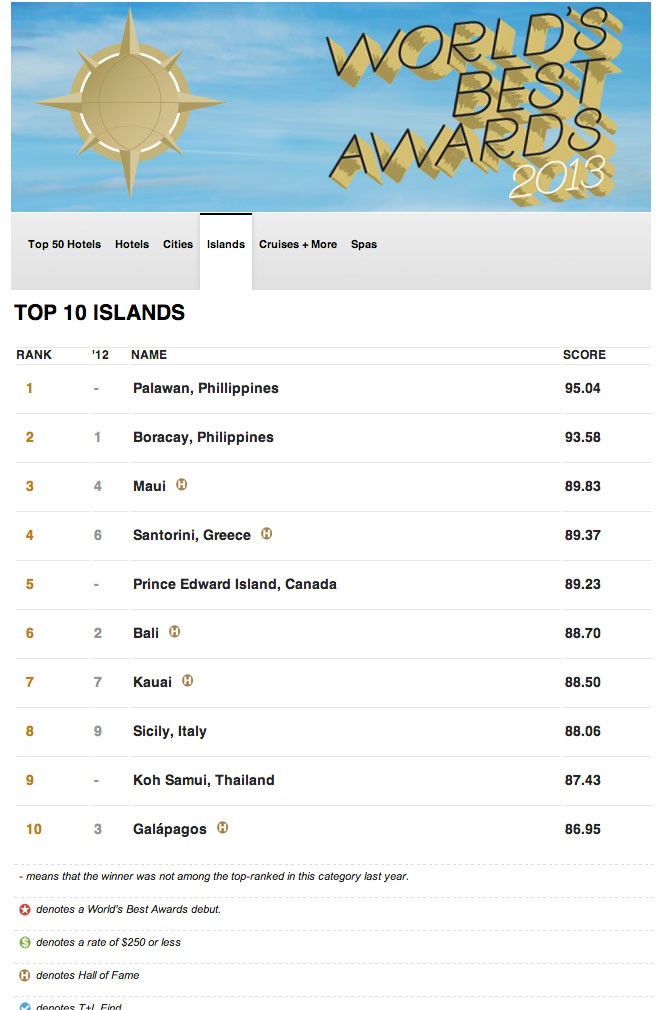 Second placer Boracay has been on the list for three years in a row now and was ranked no. 1 last year.

The list was the output of a poll by Travel + Leisure, which had their readers answer questionnaires from December 2012 to April 2013. The destinations were judged based on beaches an natural attractions, activities and sights, food, people, and value.