He was 14 years old when he first traveled solo. With an old map of Cebu in hand, he hopped on a bus to the municipality of Barili to see Mantapuyan Falls. From there, Estan Cabigas has come a long way.

Today, he is one of the most prolific and most awarded travel writers and photographers in the country; his work has been featured at exhibits in the Philippines to photo festivals in Europe. He has contributed to international publications like National Geographic Magazine and the Sunday Times. 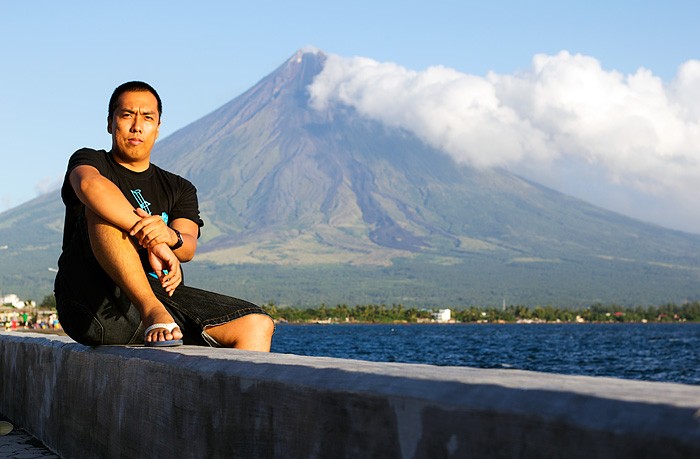 In the local blogging scene, Estan is most well-known for his travel blog Langyaw.com, where he chronicles his journeys, with strong focus on heritage, architecture, and nature. The most impressive part: he has set foot on all 80 provinces in the Philippines — from Batanes down to Tawi-tawi — and it looks like he’s nowhere near done yet!

As we start a new section on this website where we put the spotlight on travelers, we are more than honored to have Estan for our very first feature!

1. How did you become a travel blogger? What inspired you to start your blog?

I’ve always been traveling ever since I was a child. My first solo travel was at 14 years old, hopping on a bus to Barili to see Mantayupan Falls based entirely on an old Cebu map.

I started blogging in 2005 with estanli.net/blog where I posted on any topic including travel. In 2007, I started langyaw.com, specifically 27 August.

2. You’re one of the very few who have set foot on all 80 provinces of the Philippines. Which three destinations are the most unforgettable for you?

That is a difficult question. Hmmm. Batanes: its just so beautiful. Hands down. The geography, people, weather, its just different and stunning. Tawi-tawi: It’s safe, different culture, interesting food and history. Palawan: still lots of places and things to explore. Its wild yet alluring.

3. Suppose a friend asks you: Take me to the most beautiful place in the Philippines. Where will you take him/her?

Of course, Batanes! One has to experience the place. It’s so rugged with interesting vernacular architecture. It has quaint old churches in a raw setting. Just imagine seeing Chavayan Chapel in Sabtang and a few meters from it the rough sea backdropped by jagged mountains. Or being awaken by pan de sal boys at dawn selling their wares. The sounds are just different. And I did spend my birthday once with tatus and edible fern gatherers midway in Mt. Iraya, at their halfway house. It has one of the most beautiful montane setting I’ve seen overlooking the sea.

4. What are the highest and lowest points of your travel history so far?

Highest: Finally stepping on the shores of Siquijor, my 80th province. To think that it’s just near Cebu, my home province. You have this sense of accomplishment, this, “hey, I’m different” feeling. Almost a lifetime of traveling and I can actually say that I’ve been all around the provinces of the country! Not many people can say that. Most would rather go abroad, or limit themselves to Boracay.

Lowest: Hmmm… really, can’t think of any. Being interrogated by military personnel in the mountains of Marinduque, repeatedly asking me about my supposed ‘mission’ there. They thought I was NPA.

Nor can I call it lowest when I broke a ritual taboo in Batad and getting fined for it. The ritual is only done every few years and no one warned me about it, not even the Banaue Tourism Office, except for an old lady who was talking to me in her language that I can’t understand and wildly gesticulating, while I was walking along the path to Batad. But it was still a beautiful highlight and an important lesson. These are not the lowest, but rather interesting experiences.

5. What is the most ridiculous thing that you have done or that happened to you while traveling?

I joined a three-day traverse across Mt. Amuyao near Banaue. Three days of very difficult and steep terrain and I was only wearing sandals and not in the best physical state. After the trek, I had fever for two days and a painful right sole that plagued me for years.

6. What are the areas that you think Philippine tourism needs to improve on?

Infrastructure. This is very important. Tourism can be a saviour to the poverty in the Philippines and in many regions but if the tourist can’t travel on good roads, have affordable and respectable accommodations you will only get tourists who are in the budget level.

People. People need to change their mindset that tourism is not limited to white sand beaches, festivals and the like. Many towns have beautiful churches and old houses yet, they fail to see the potentials of working a sustainable tourism program around what they have. If they don’t have this kind of mindset, culture and heritage are sacrificed.

Government has to spread out the tourism money. This is also connected to Infrastructure. It cannot solely depend on Boracay, Cebu or Palawan. It has to offer different types of venues that will cater to different types of tourists.

7. Any dream destinations in PH that you have yet to visit?

Two places: Cagayan de Sulu and Cagayancillo, both in the north Sulu Sea. The remoteness is making me salivate. What’s there? What kind of people? Food? Terrain? How pristine? That often comes to my mind but to go there, I have to have lots of time and, in the case of Cagayan de Sulu, perhaps money as going their might be difficult and will entail a few days from Zamboanga or southern Palawan.

8. What is your favorite thing about traveling?

Architecture, food, scenery (the more natural, and wild, the better), heritage and culture when it comes to places. But going on long bus rides is a favorite. And I have done several trips that are most of the time traveling on land, like my two trips to Mindanao last June wherein I traveled a total of 2,900 kilometers. I’ve also down Manila – Cebu via Bicol and Batangas, round trip. I’m actually planning to finally do the nonstop travel around the country soon. I like to be on long bus rides, it makes me think, never mind the discomfort.

Get to know Estan better! Stalk him on his travel blog at www.langyaw.com or check out his online portfolio at www.estancabigas.com!