Today we commemorate the 118th anniversary of Dr. Jose Rizal’s execution. Rizal was many things. He was a writer, a poet, a doctor, and a national hero. But he was also a traveler, chronicling his wanderings in many lands he set foot on, which includes Hong Kong, Singapore, and Europe.

In his essay “Los Viajes”, published in La Solidaridad on 15 May 1889, Rizal shared his thoughts on travel and the many great things that come with it. Here are a few quotes. 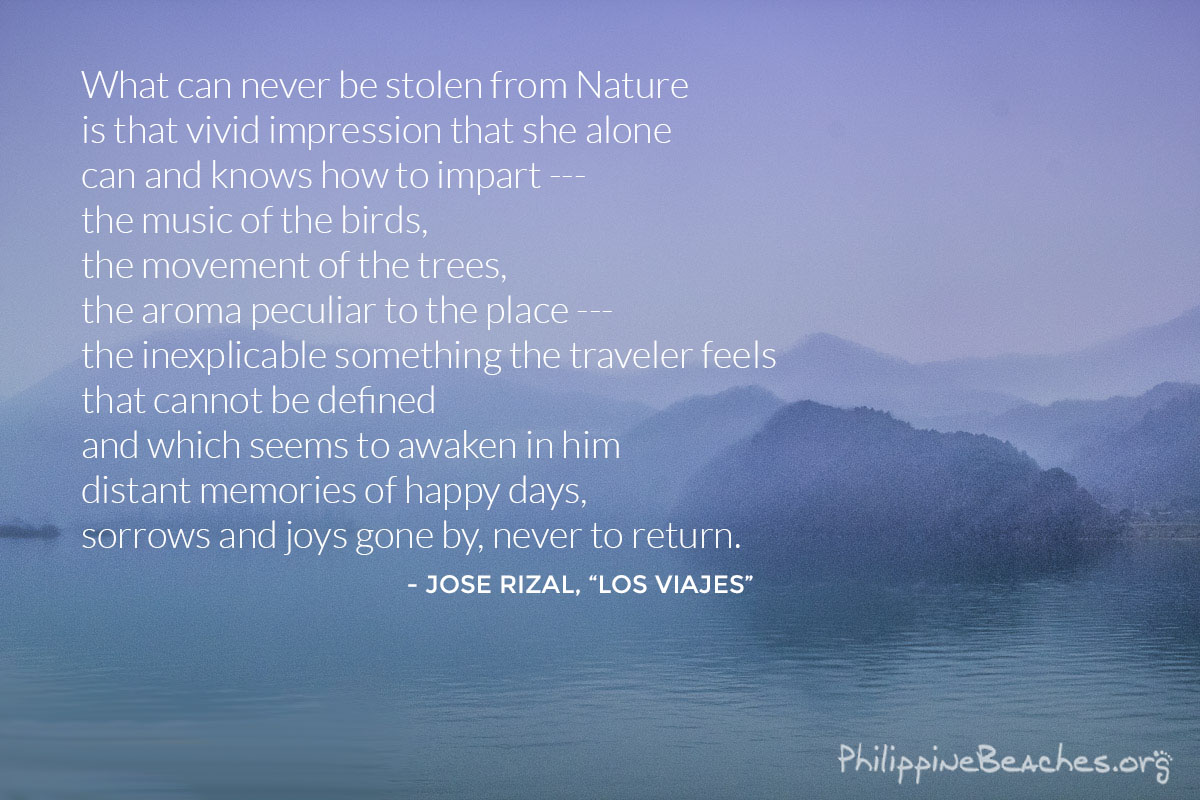 That part in full: “He who knows the surface of the earth and the topography of a country only through the examination of maps..is like a man who learns the opera of Meyerbeer or Rossini by reading only reviews in the newspapers. The brush of landscape artists Lorrain, Ruysdael, or Calame can reproduce on canvas the sun’s ray, the coolness of the heavens, the green of the fields, the majesty of the mountains…but what can never be stolen from Nature is that vivid impression that she alone can and knows how to impart–the music of the birds, the movement of the trees, the aroma peculiar to the place–the inexplicable something the traveller feels that cannot be defined and which seems to awaken in him distant memories of happy days, sorrows and joys gone by, never to return.” (Translated from the Spanish by Nick Joaquin) 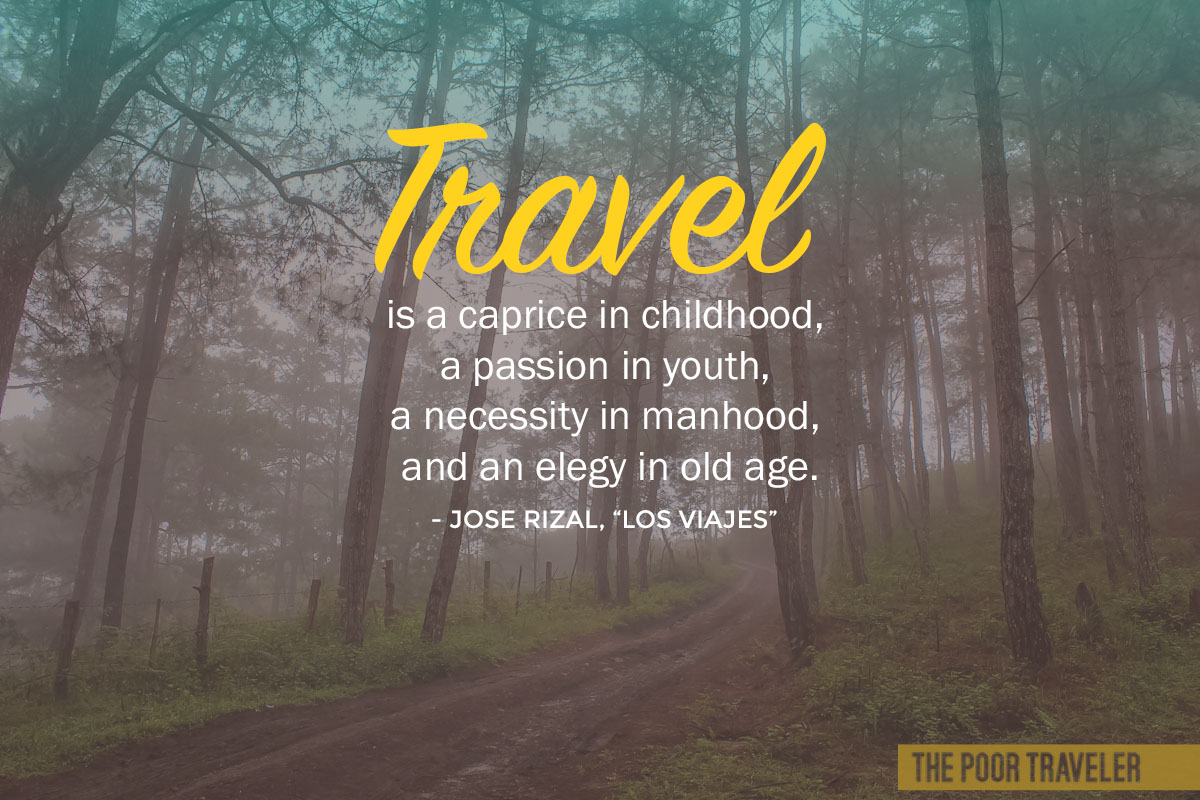 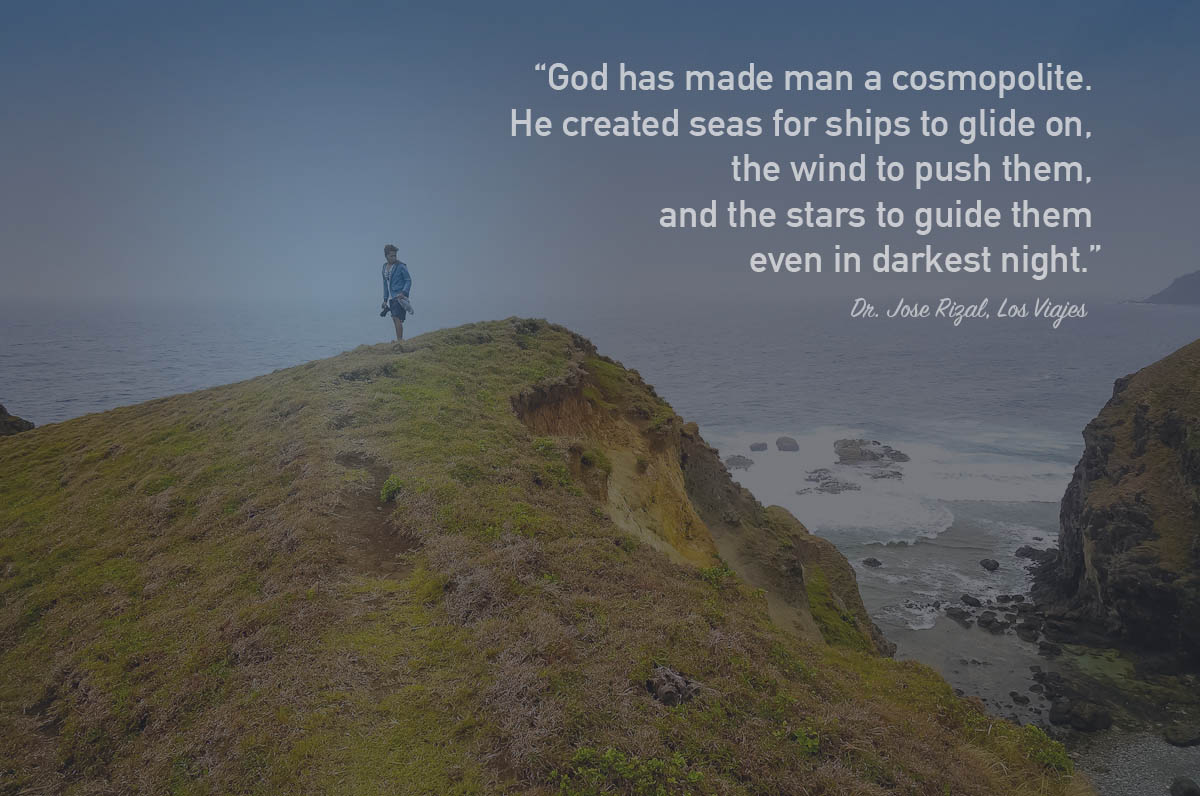 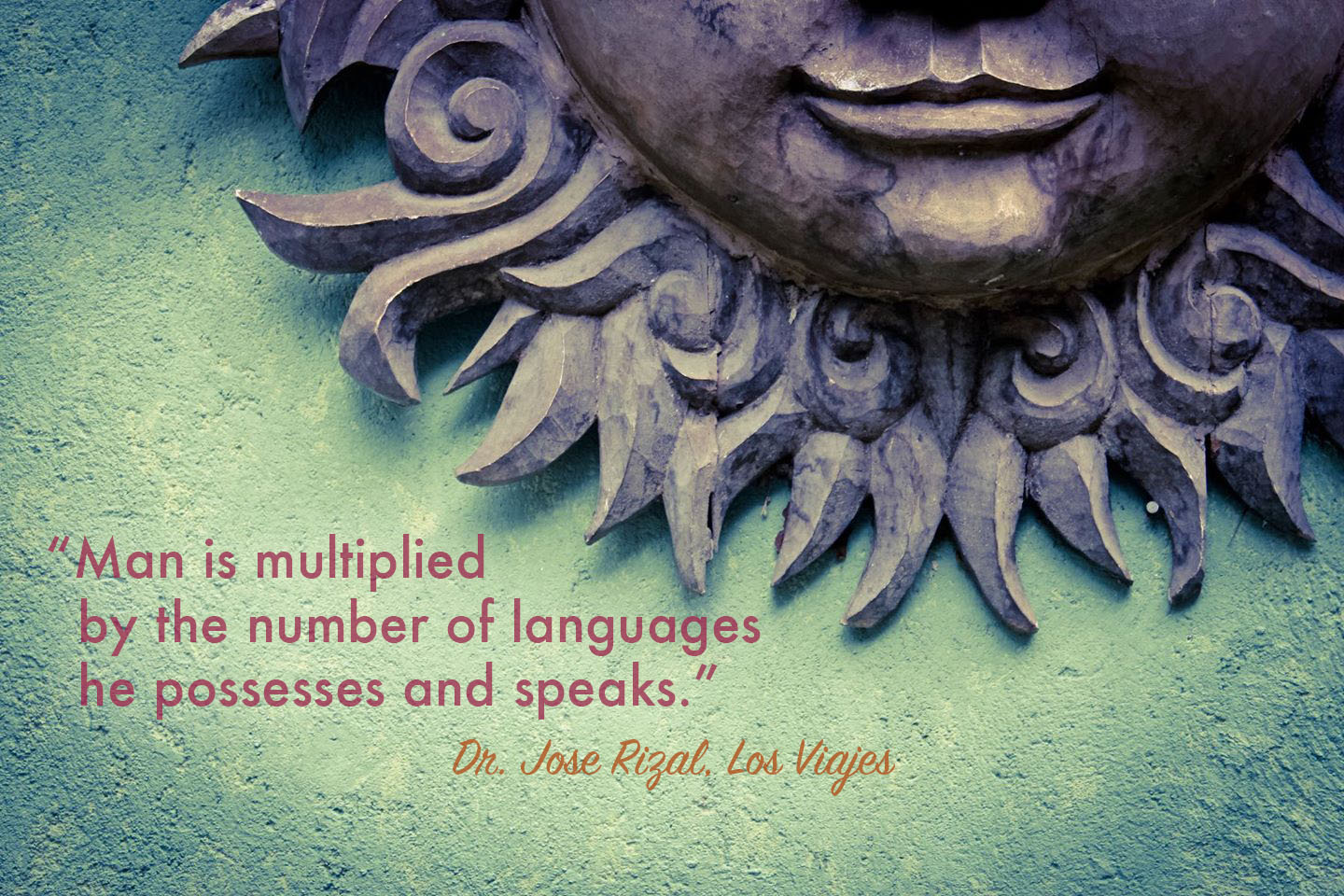