Garbage has always been one of the biggest problems in Manila. It’s become even more important to address this now that the country has been hit by storms one after another.

The problem with garbage is that it can endanger lives. While this waste problem is one of the issues that the 6 Steps to Responsible Travel seeks to help address, we focused mainly on how it affects the wildlife in the place a traveler is visiting. During the project launch, Earth Island Philippines underlined that how we dispose of our waste affects the environment — specifically the birds and marine animals — using Freedom Islands as a case study.

When Typhoon Gener ravaged the city the other week, this photo of Manila Bay got viral on Facebook.

It’s a terrible sight indeed. But this photo is very loaded. It seemed like the sea threw all this garbage back into the city. It urges you to ask yourself so many questions. How much garbage is in Manila Bay? How much garbage gets added every day? More importantly: Where does all this trash come from? And, what can we do to fix it?

When the monsoon started dumping water into Metro Manila, we saw familiar images of flooding, reminiscent of the traumatic Ondoy disaster a few years ago. Again, lives are lost and properties are destroyed. We’re not saying that garbage caused all of this because there are several factors (urban planning, infrastructure, etc) but it sure played a big role.

There are over 11 million people in Metro Manila. If each of us uses something as small as a sachet of shampoo and throws it away inconsiderately, we will end up finding 11 million sachets somewhere. That’s enough to clog several waterways in the metro. It’s an ugly picture. And scary, too. We know that many people use more than one sachets in a week and many of them don’t dispose of them properly. How many sachets can there be in our city’s canals, estuaries, and even bigger bodies of water like the Pasig and Marikina Rivers, and the Manila Bay? And we have not even included to the picture the number of drinking straws Manila throws away. Plastic bags. Plastic plates. Plastic cups. Styrofoam cups.

The truth is, we have become a society that is heavily dependent on things disposable and plastic.

The Footprints Project has always focused on travelers. But it’s high time that we also communicate with the “locals.” And our direction right now is to focus on waste.

We have revised some of our posters to give emphasis on the third step to Responsible Travel — Reduce Waste. And we also dig into it to push something more specific, more concrete, and more actionable. Let’s get rid of the disposables! 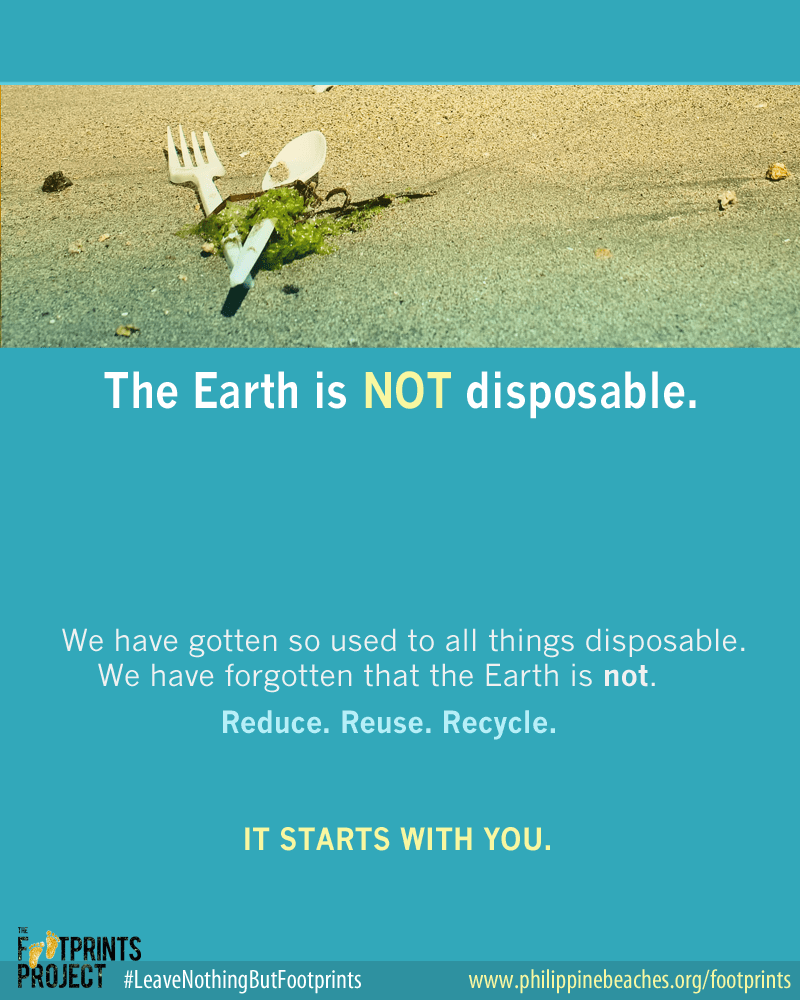 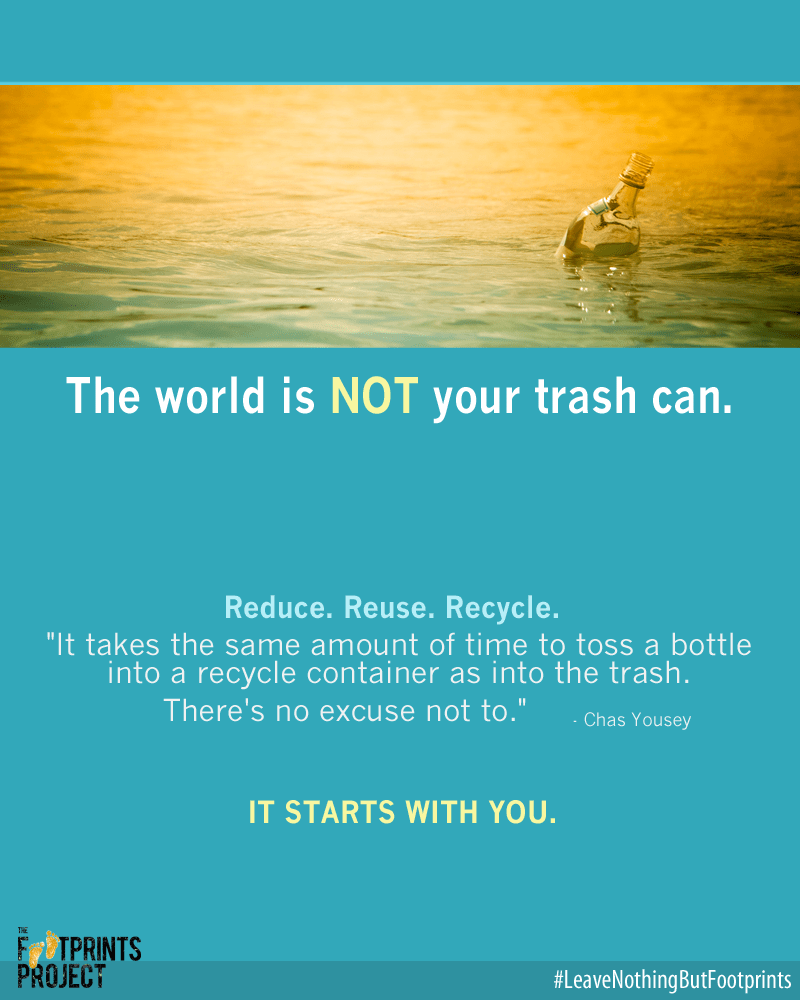 We also created versions that will fit your Facebook Cover Image. Check it out on our Facebook page here. Feel free to use them, too.

Let’s reduce waste, reuse, and recycle. And when we travel, #LeaveNothingButFootprints!