Batanes sits atop my list of dream destinations in the Philippines. She’s the Queen “B”. She’s not the wish you make when you see a falling star. She is THE star.

Batanes is the smallest province in the Philippines in terms of population and land area. It’s composed of ten islands, but only the three biggest islands are inhabited: Batan, Sabtang, and Itbayat. Basco in Batan is the capital and is also the most populated. It is where the main airport, the provincial government seat, and most of the commercial establishments are found. It’s easy to describe the province as a treasure chest brimming with postcard-worthy places. Batanes is hilly and mountainous, making it scenic and picture perfect.

“Breathtaking Batanes.” That’s the answer I got when I inquired about the province’s tourism slogan, sitting inside a chartered vehicle and marveling at the unbelievable scenic ride during my recent trip in Batanes. My first time ever to set foot in this paradise. My visit was made even more meaningful when we were invited by the Tourism Promotions Board to join them in their Corporate Social Responsibility campaign, together with the local government unit of Sabtang and the Black Pencil Project and its founder, Mon Corpuz, who is also one of the pioneers of VolunTourism in the Philippines. The smile on the children’s faces as they receive their back-to-school kits has made this trip very memorable and worthwhile.

Some of the small villages we visited were Sumnanga, Nakanmuan, Chavayan, Savidug, and the Poblacion (Sinakan and Malakdang). Each department of the Tourism Promotions Board sent its representative for this project, supporting DepEd’s Brigada Eskwela campaign for the back-to-school program. The starter packs came in canvas bags, lobbying the reduction of plastic usage and helping the community manage their waste. 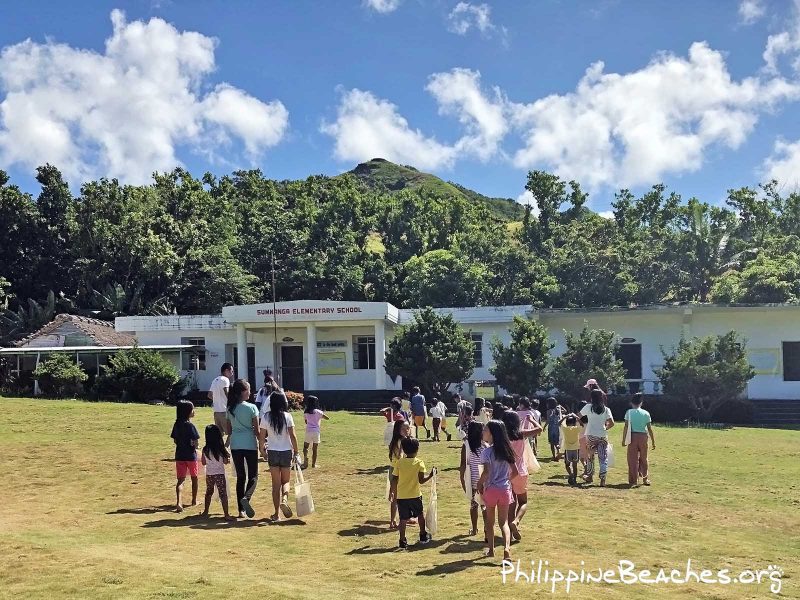 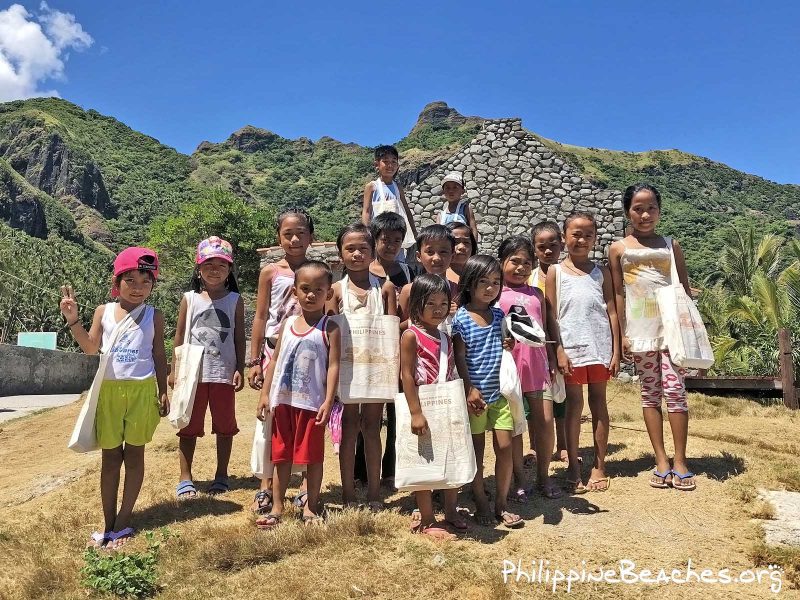 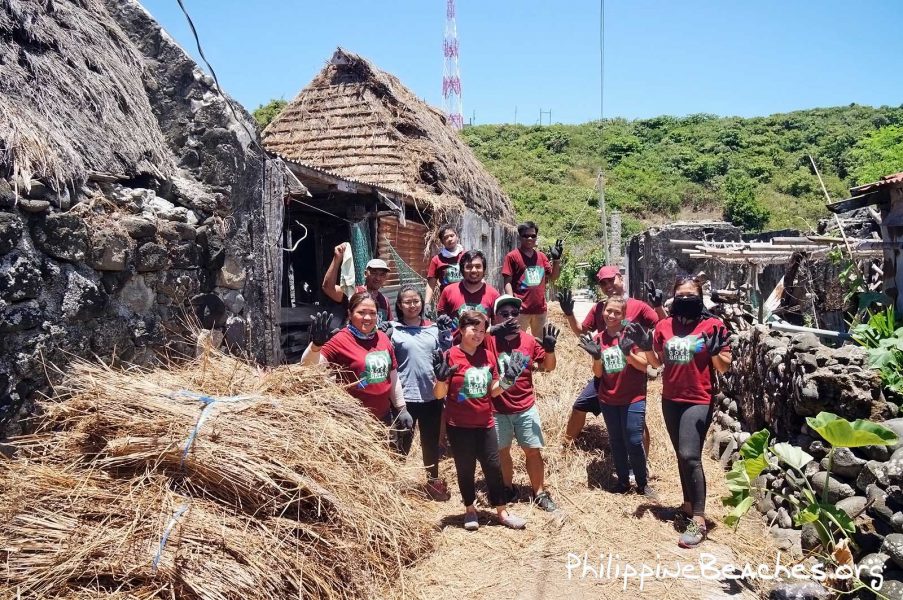 The Tourism Promotions Board has been partnering with other NGOs and nonprofit organizations to come up with more efficient, specific, and sustainable CSR projects. Some of these organizations, apart from Black Pencil Project, are Haribon, Habitat for Humanity and Liter of Light. Other projects include reaching out and giving assistance to areas hit by calamities.

Aside from handing out school supplies, I’ve also learned more about the exquisitely detailed construction of the traditional Ivatan stone houses as TPB pledged to fund the rehabilitation of a stone house located at Barangay Sinakan in the municipality of Sabtang. The stone houses are distinct structures in Batanes. They reflect the Ivatan culture which is deeply rooted in the province’s climate. The customary stone house is made of meter-thick limestone walls and cogon-grass roof, engineered to withstand harsh weather.

The province of Batanes is in itself bucket list-worthy. The relatively expensive airfare adds value to this seemingly distant dream destination. But when you do get the chance to meet her, Batanes will reward you with all the beauty that she has. Prepare your heart. She will definitely steal it. AND don’t forget to breathe. Here are some of the bucket-list-worthy things to do and see in Batanes. 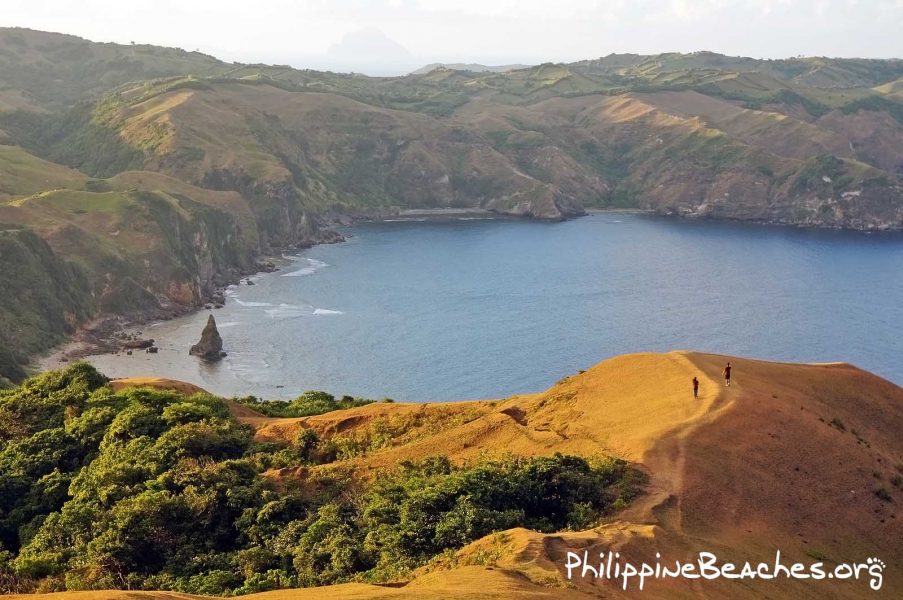 Locals call these verdant rolling hills Racuh a Payaman, but the place is popularly known to tourists as Marlboro Country. The viewpoint offers tourists a wallpaper-worthy panorama: the grazing cattle, the kissing of the mighty Pacific waves and the shore of Diura Beach, the pointed rocky islet commanding attention, the Tayid Lighthouse, the enigmatic Mount Iraya, and on a clear day, the distant Diogo (or Dinem) Island.

Walk further down the hills either towards the Diura Beach or towards the vast Pacific Ocean and let the vista and the gentle wind calm your mind. 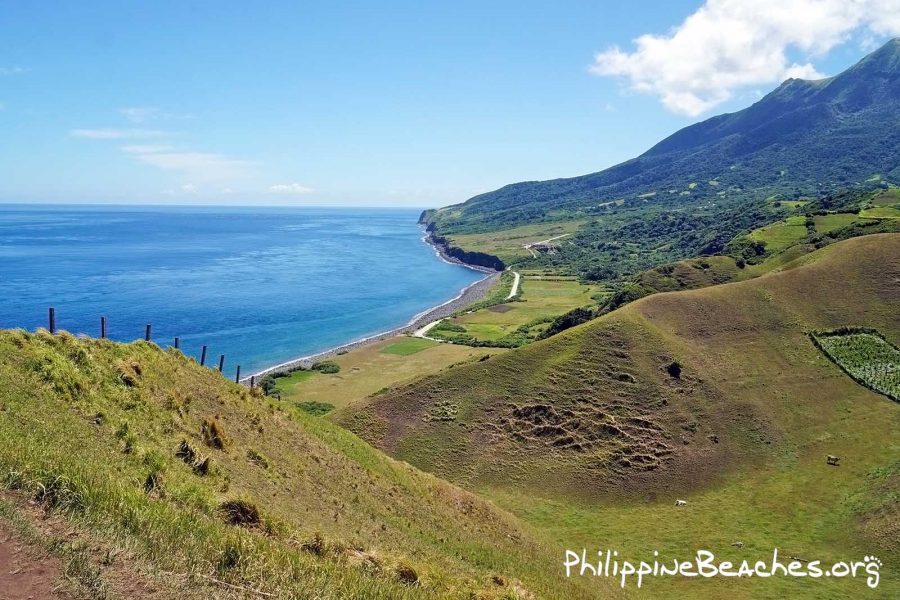 This is another one of those rolling-hills-meet-the-sea scenarios. Cows and goats roam and graze on this undulating landscape covered with grass of various shades of green and a few patches of cultivated land. Tourists are treated with the hypnotic view of the frothy waves of the West Philippine Sea outlining the boulder-filled shores.

Make the most of the invigorating scenery and don’t pass up the chance to snap your photo with the Chadpidan Boulder Beach as your background when you trek a little bit further towards the direction of the sea. 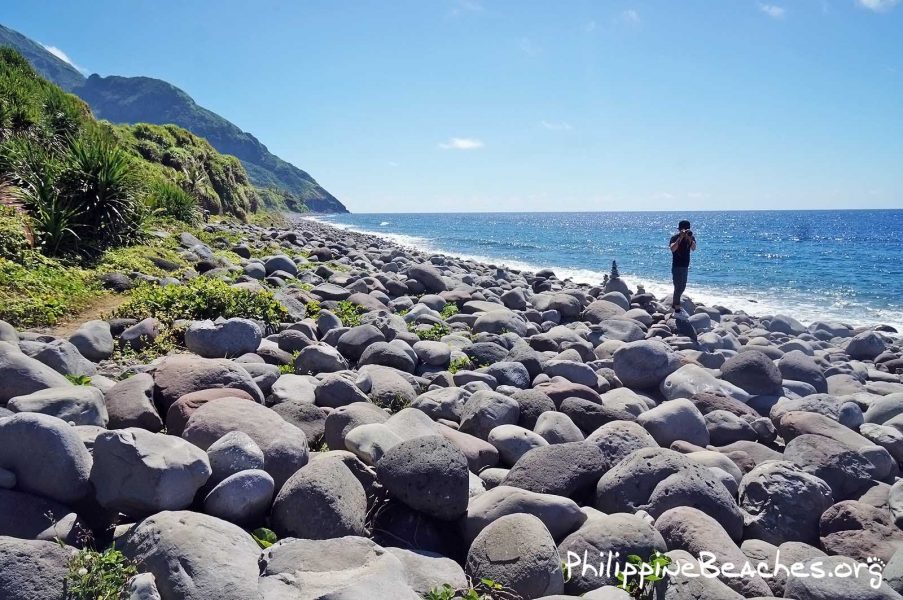 The Valugan Boulder Beach is not just a normal beach; aside from the seemingly giant Easter eggs carpeting most of its shore, Chanpan, as it is locally known, is a sacred fishing port to the Ivasay fishermen who follow the traditional fishing season which starts in March and ends in May. The boulders are said to be the result of the volcanic activities of Mount Iraya, wherein jagged volcanic rocks had been refined over time by the mighty Pacific Ocean’s waves.

This is not really a safe place to swim, but Valugan Boulder Beach is a good place to reflect and marvel at the power of nature, with the boulders and the waves reminding us how the place came to be.

Most of the roads in Batanes are narrow that it would be a feat for two vehicles to pass side by side each other; hence, the road sign “BLOW UR HORN” became iconic. It’s a message or a warning that someone is approaching a curve road.

One such road on Batan Island came into the spotlight because of the memorable movie scene shot in the Alapad hills featuring actress Dawn Zulueta and actor Richard Gomez. Yep, if you have a partner or just want to do it for fun, you can totally re-enact the scene and say, “I-Dawn Zulueta mo ako!” If you are too shy for that, you can just enjoy the picturesque view of the Pacific Ocean, the nearby rock formations, and the ruins of the old USCG LORAN Station.

In Batanes, you don’t have to go further inland to leave you wide-eyed with wonder because try as it might, it can never hide its beauty. Traveling around Batanes is a never-ending visual delight; you just have to turn your head left, right, or just look straight ahead to be rendered speechless by the utterly beautiful landscape and scenery.

Homoron Blue Lagoon is one of those attractions that can be found by the road. You just need to park your vehicle, find the trail, and go down the rocky slopes leading to this natural pool. This is a great alternative to those who want to swim since the water here is quite calmer compared to the intimidating waves of almost all the beaches in Batanes. This used to be called the Spanish Lagoon when the Philippines was still under the rule of Spain and was exclusive only to the Spaniards. At present, locals and tourists are welcome to take a refreshing dip here.

Batanes has three lighthouses. These are relatively new and were built not only to guide seafarers crossing the West Philippine Sea and the Pacific Ocean but also to serve as tourist attractions. These structures stand like proud sentinels amid the rolling hills and cliff where they are erected, inevitably commanding attention. All three are capped with red lantern room and lodging for the caretakers. They are all open to visitors. 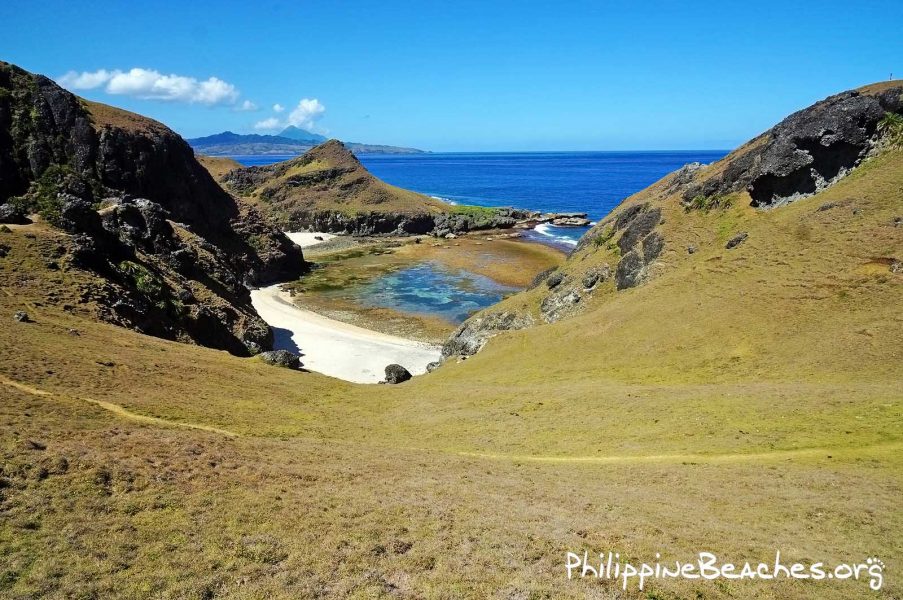 From the Tinyan vantage point, one can have a fantastic view of the Chamantad Cove below, goats and cows foraging, and the Pacific Ocean hugging the rocky cliffs. You can get a different vista of the area and a closer look at the Chamantad Cove when you trek down and follow the various foot trails. 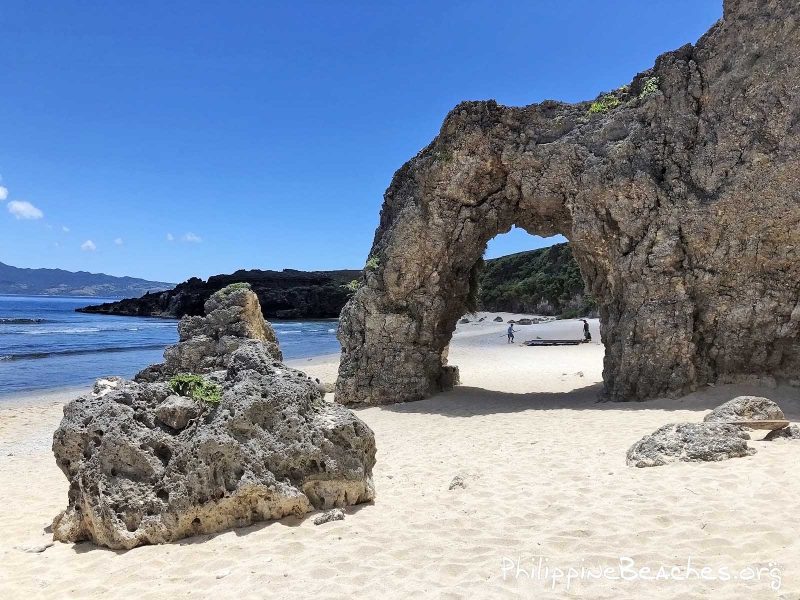 Morong Beach is located on the northern tip of Sabtang Island. Unlike most of the beaches in Batanes, this one has relatively fairer sand and gentler waves, making it ideal for swimming. The sand, although less rocky than the others, is still coarse with a mixture of corals and shingles. But what made this beach famous to tourists aside from the fairer sand and the surrounding verdant hills is the iconic Nakabuang Arch (also called Mahayaw Arch). The arch is actually not only famous in Sabtang but also the whole of Batanes.

One of the villages we visited to distribute school supplies was the quaint and quiet old stone house village of Chavayan. Most of the stone houses here are kept in their original state. The one strip of road lined with sinadumparan stone houses defined the whole village. The sandy shore where fishing boats are docked marks the end of that strip of road. 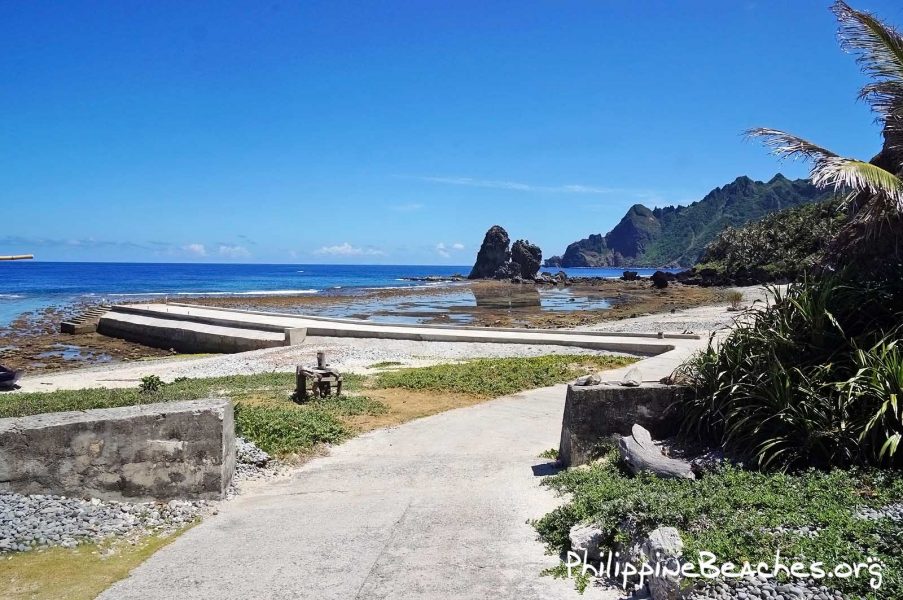 A sort of roundabout greets visitors where small souvenir shops and stalls can be found. Try the homemade ube ice cream from one of the stores, which is actually a house on the left side of the village’s concrete circular welcome sign. The village is also where you can find Sta. Rosa de Lima Chapel, the only remaining church with cogon grass roof.

History and religion usually, if not always, mesh. The dynamics of these two forces creates and shapes the beliefs and values of the people and places. Churches have turned into something else apart from being the place of worship; they have become a must-see destination. This is actually not surprising as the Philippines do celebrate “visita iglesia” during the Holy Week. And for some, they make it a vow to visit the church when it’s their first time to set foot on a place or a certain town. 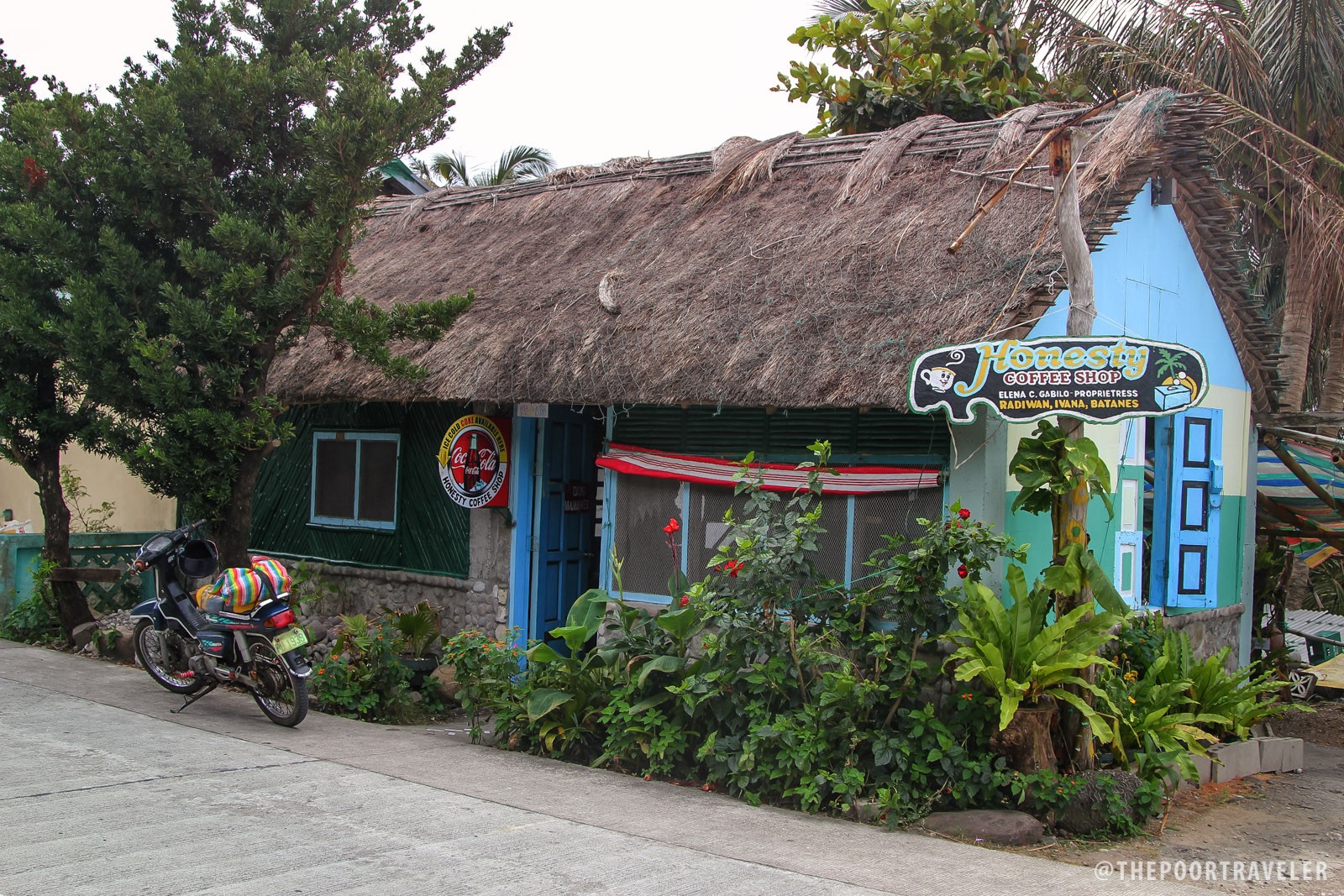 This is a testament to the values the Ivatans uphold: trust and honesty. The store is open 24/7 without a single staff manning it. It’s both a cafe and a souvenir shop. People can just grab what they want and drop the payment to designated boxes (placed near the products). Honesty Shop is located somewhere along the National Road in the municipality of Ivana.

The largest among the islands of Batanes, Itbayat is also the Philippines’ northernmost municipality. Getting to Itbayat by boat is quite a challenge because of these two reasons: the notoriously strong and towering waves and the absence of beach for docking. Rocky cliffs separate the island from the powerful waves and deep waters. Flights from Basco to Itbayat are also available via small planes which can usually carry up to eight passengers. Travel time between Basco and Itbayat by plane is 10-15 minutes, while travel time by boat (or faluwa) is about four hours.

The whole island is a must-see destination itself, but one of the noteworthy attractions is the Torongan Cave. The cave is associated with the first Austronesians from Taiwan who landed here around 2000 BC.

Watching the rising and setting of the sun will render you speechless and leave you awestruck as the cinematic lighting of the magic hour (or golden hour) sprinkles a bit of drama over the panoramic settings that you can find in various parts of Batanes. 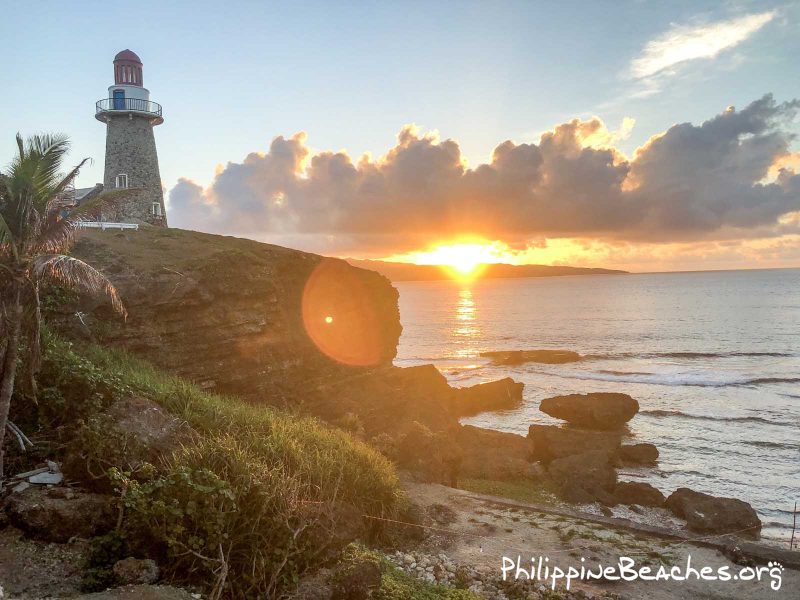 Where to Stay: Batanes Hotels