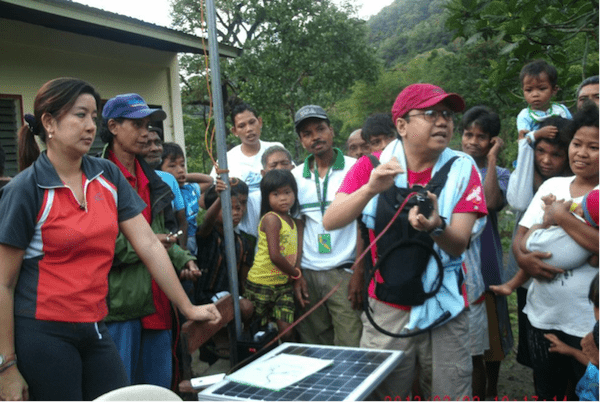 I met Frederick Epistola (or Erick) February 2013 while pursuing a common goal. From what I have known, he’s an artist, agriculturist, political strategist, and so on. Little did I know that he’s also an innovator who tries to literally give light to the lives of indigenous and less fortunate people all over the Philippines. I was clueless about this until I watched GMA News Tv’s documentary “Motorcycle Diaries: Kara David Talks about Project Malasakit”. Kara David is a well-known broadcast journalist in the Philippines who covers all sorts of news, from political issues to lighter features. In the said documentary, the team trekked the mountains of Rizal and braved crossing seven rivers, one of which almost endangered their lives, to reach a far-flung community that has never experienced light. Together with Kara was Erick who spearheaded the installation of solar panels in the homes of the people living in the said community.

Erick’s volunteerism with Project Malasakit is only a part of a bigger picture. He is the father of the Solar Power Initiative (SPIN) Project which basically aims to provide “a well lit home after sunset to underprivileged families” as well as entrepreneurship opportunities.

Yes to Safety and No to Electric Bills

At night, most families in remote areas resort to candles and kerosene lamps as sources of light. Both could barely provide light in a small room and were proven over and over again to be hazardous. How many times that a small candle or a kerosene lamp razed houses leaving poor families homeless and, at times, those who came short with luck even have to deal with the death of a loved one.

Think of Neneng Matias, 48, yes, she is lucky enough to be still breathing after the fateful fire that burned down their house because of a forgotten kerosene lamp. She is still alive but she lost half of her life. Aside from losing her shanty, her whole body suffered from major burns leaving her with scars that will serve as a reminder of a nightmare involving a kerosene lamp and a blazing fire.

If only solar panels were installed in Aling Neneng’s house long before that night then, she must still be living a normal life.

Aside from livelihood and safety amidst the darkness of the night, the solar panel of SPIN Project will also give the beneficiaries a breather from the ever-rising cost of electricity in the country thus, helping them to save a chunk of their meager income and allot it to their basic needs like food and education. 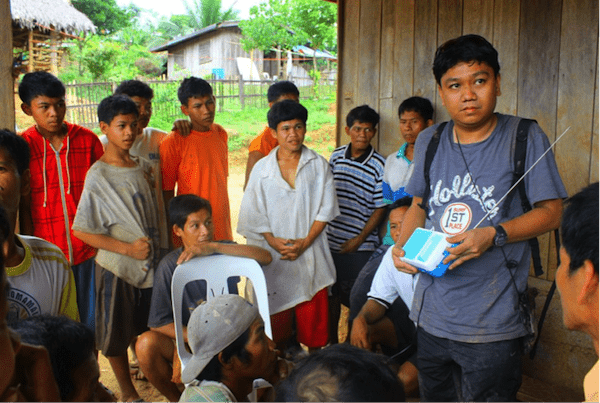 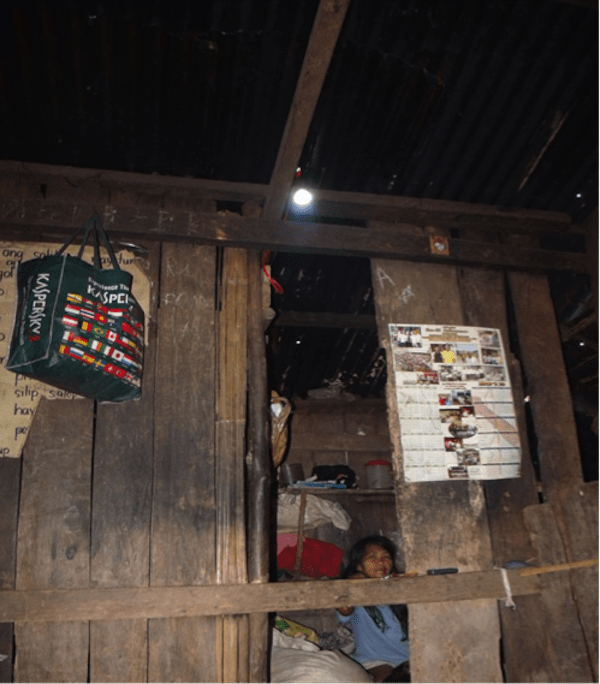 Solar Warriors and the Green Revolution

It’s not a secret that we’re facing a huge environmental disaster. Sure, we can blame the carbon dioxide from the kerosene lamps and burned woods but could we really blame these indigent people who are using it? They chose to stay in distant places and continue living and preserving the rich culture of the Filipinos. They didn’t want to be an addition to the crowd in the city which we are always complaining about. In my opinion, it’s better that they continue their way of life. BUT they shouldn’t be deprived of the comfort and safety every living person is entitled to.

Through solar energy, we will not only maximize the energy of the sun, but we could also “transform” these individuals into Solar Warriors and volt in with the rest of the world in fighting climate change. No more kerosene lamps. No more burned woods. No more carbon dioxide. Do the math. 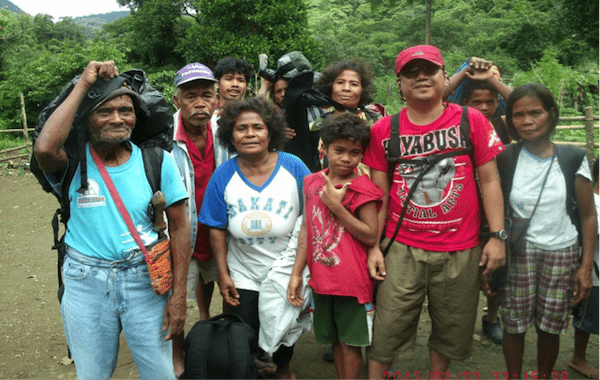 Advocacy Of An Artist

Erick is an artist by profession. He graduated Fine Arts at the University of the Philippines-Diliman but he has a passion for tinkering anything and everything which resulted in different “inventions” and the birth of his very own solar home lighting system.

He could have easily sold his invention to different companies who offered him huge amounts but he had a better idea, an idea that is worth more than any amount of money. One word: SHARE. Share it with people and communities who seemed to be forgotten in this fast-paced world and be a catalyst of change while hoping that the beneficiaries will pay it forward and help others.

Months ago, he was just an average person for me, but when I learned how he goes out his way, trek steep mountains, cross raging rivers, face gusty winds and strong waves just to help other people see light when the sun is out; he became an instant hero for me.

He may be far from our national hero Rizal or Bonifacio or even Superman, but still, he is a hero. And I am quite convinced that those people whom he helped perceive him as a hero as well. Because just like heroes, it’s not every day that someone will endanger his life just to literally rescue you from darkness, give you light and leave without (collecting connection fees) asking for anything in return. 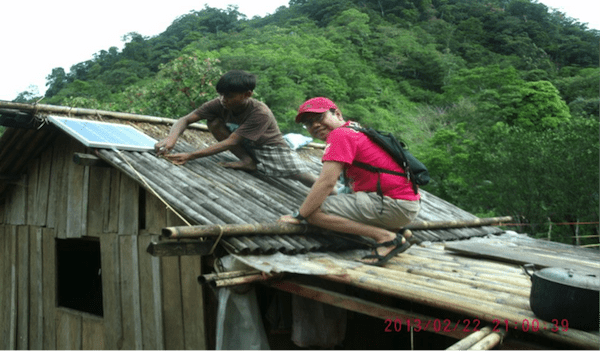 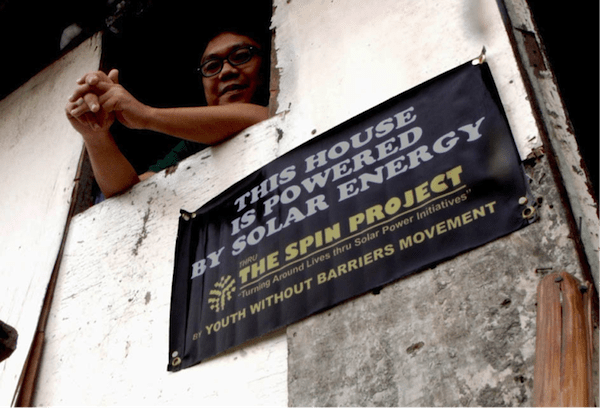 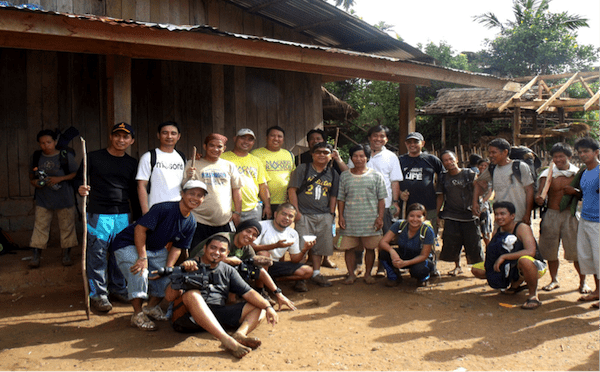 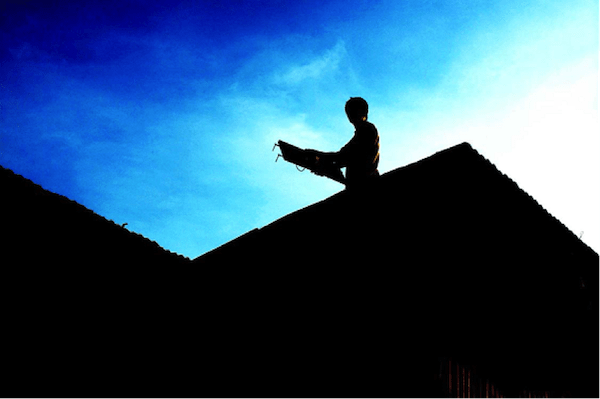